N-COG is an acronym of Newton Cog which prevents wrinkled skin with the equal pull caused by stress dispersion during a procedure. It also cuts down side effects of breaking through skin caused by a mass of short cog, and minimizes inflammatory response by inserting thin cog thread. As a new type of thread with process produced by inserting short two-way process into PDO thread, pressure that the tissue delivers to thread is effectively dispersed because of holding effect of short process, and finally adequate tissue contouring is also possible.

N-COG reduces a phenomenon of thread's breaks by force is leaning to one side due to the nature of design of COG thread. Thus, it lessens thread's breaks and precisely contours by dispersing force evenly and widely to whole parts of thread. 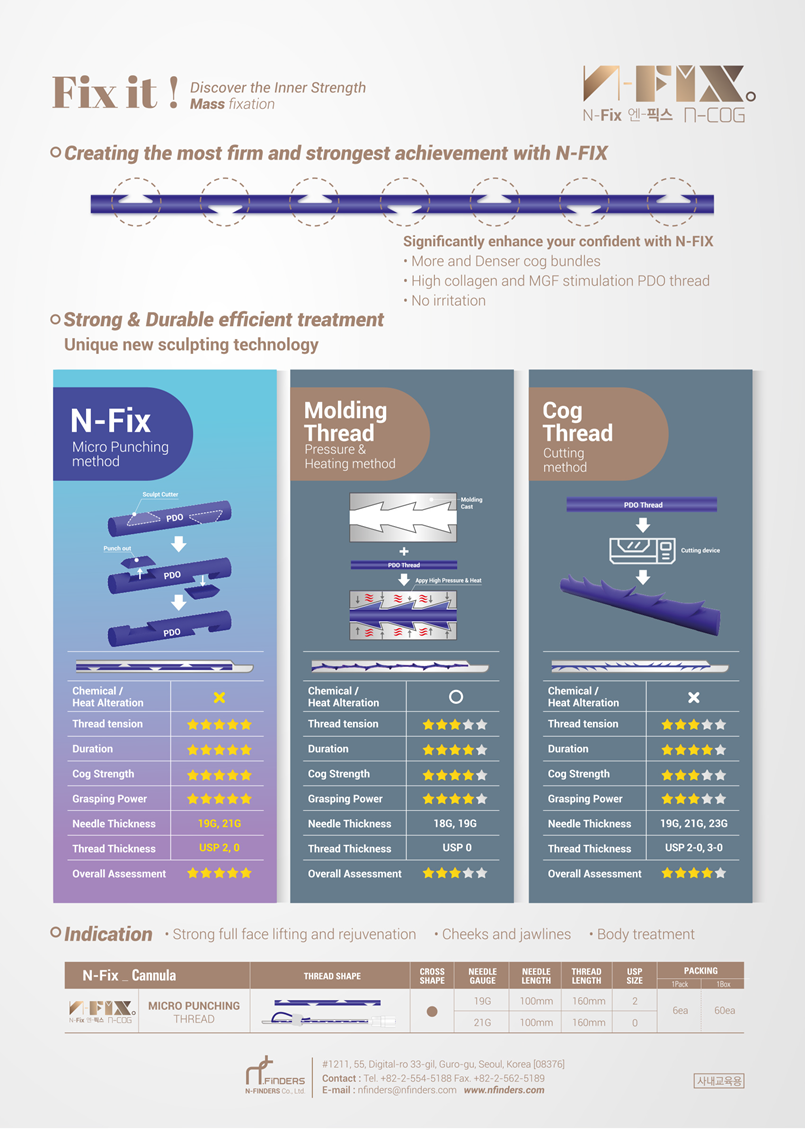 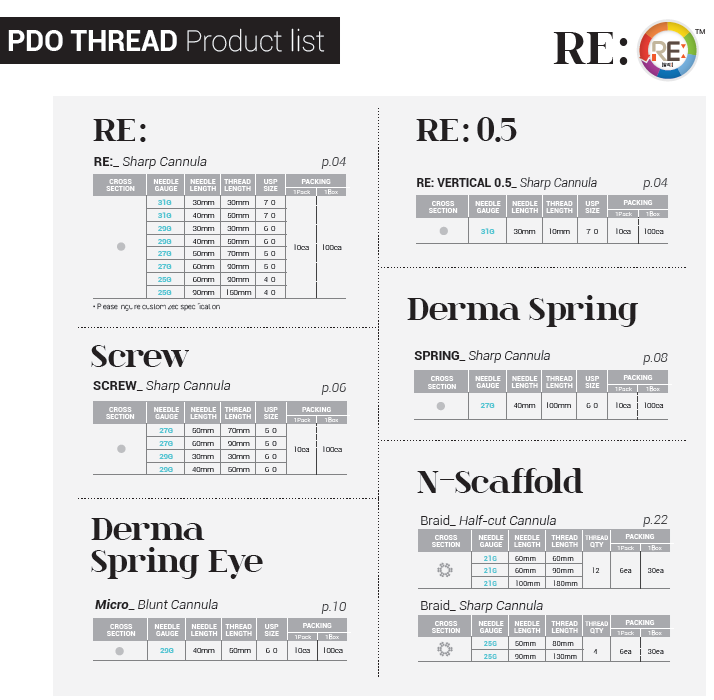 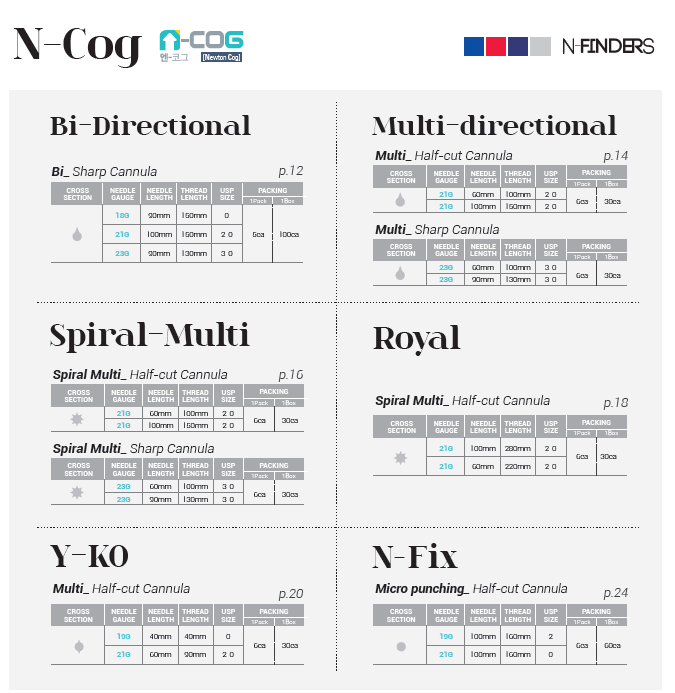